Photographs from Columbus and Dresden 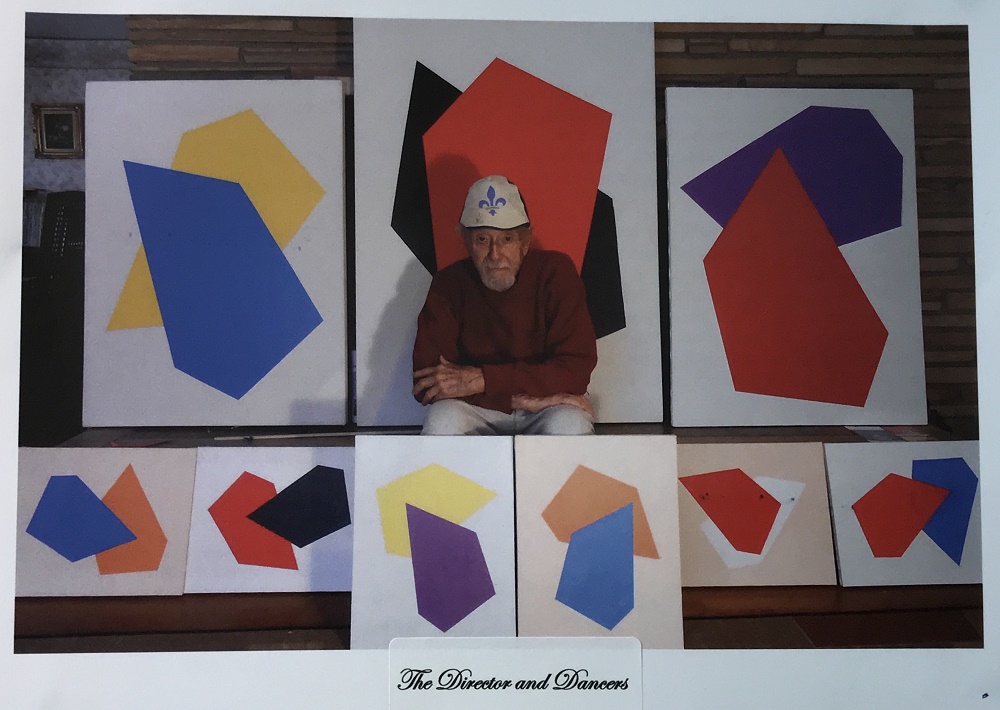 Artist's notes on "Dance of the Polygons"

In general it is common for an artist in the execution of his work, to express ideas or feelings, communicating them to the view.  Bono has executed his work in the same manner as you can see in his statements.  But in the "Dance of the Polygons" Series he is moving into a new area, in matters of Visual Research.

This Series has been created with the intention to induce in the viewer, the perception of movement with static images.  Polygons have been selected for execution of this project, similar to those used in the Series "The Independents" (done in 2007 and under Derrida influence). These images have been simplified. Also studies done about positive and negative spaces are used as general semantics has complemented the ingredients for its conception.

Signed by the artist.

See art and artist information from previous exhibits in the Gallery Exhibit Archives.

Are you an artist in the Columbus, Ohio area?

Are you interested in exhibiting your artwork in Columbus State's Library?

Who's scheduled to exhibit art in the library 2018: 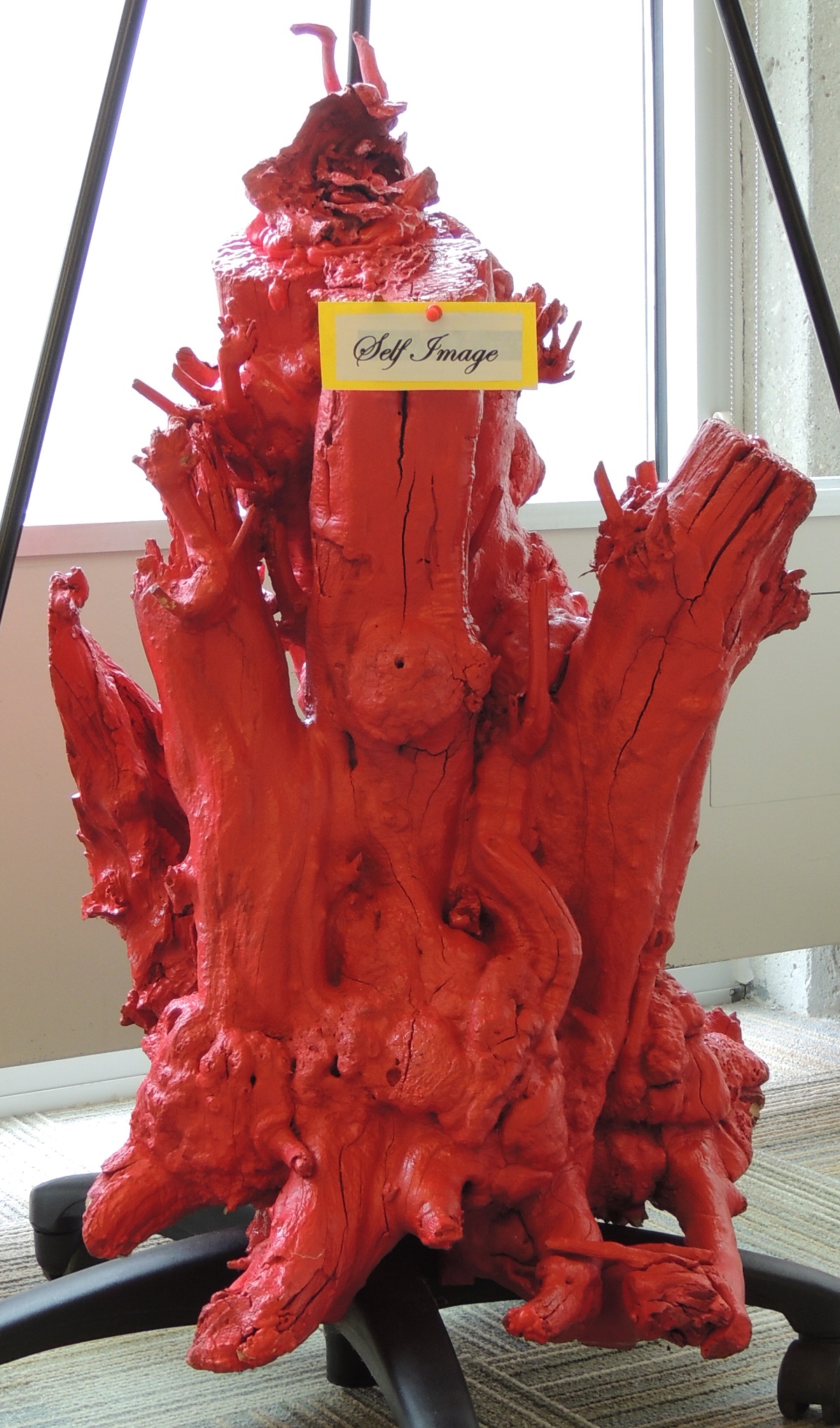 Artist, Wilfredo Calvo-Bono threw in this piece labeled "Self Image". 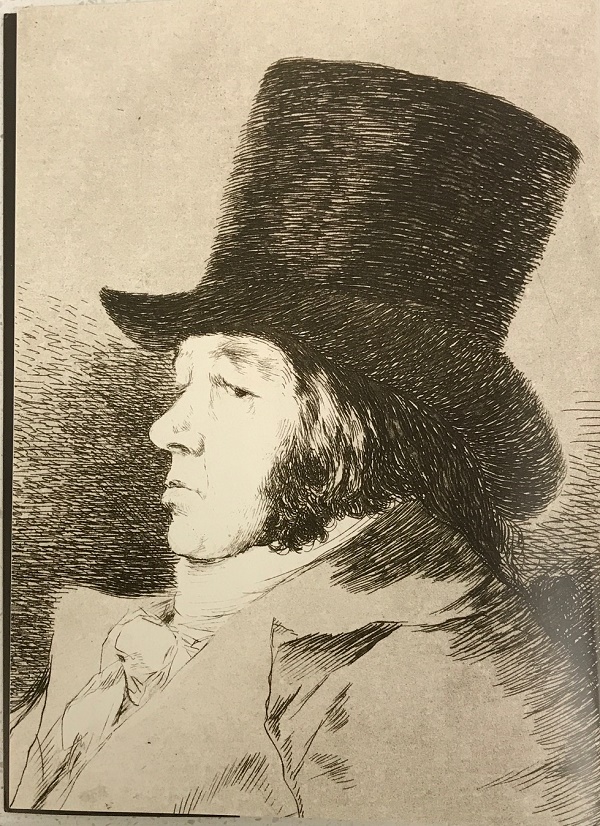 In 1799 [Francisco] Goya first published, in book form, the eighty etchings that constitute Los Caprichos. For unknown reasons, he withdrew the series from public sale after only two days, and in 1803 he presented the copperplates for the series, and 240 unsold sets of the first edition, to Charles IV for the Real Calcografía. In a letter dated 20 December 1825, Goya explainted to his friend JoaquÍn Ferrer that he had been reported to the Inquisition even after presenting the plates and unsold sets to the king.23 In an announcement, published in the Diario de Madrid on 6 February 1799, for the sale of the series the artist had stressed that none of the compositions had he 'proposed to ridicule the particular faults of one or another individual'. This statement and many of his handwritten descriptions in a manuscript now located in the Museo del Prado in Madrid purposely conceal specific attacks and personal references.  However other contemporary manuscripts describing Los Caprichos, such as that which belonged to the dramatist Adelardo López de Ayala or that now in the Biblioteca Nacional in Madrid, identify individuals in the prints and provide specific commentaries, proving that Goya's contemporaries were not fooled by his public announcements or his descriptions.

The announcement in the Diario de Madrid refers to the series as a 'collection of prints of capricious subjects' intended to censure 'human errors and vices', and explains that the author: has chosen as subjects suitable for his work, from the multitute of follies and mistakes common in every civil society and from the vulgar prejudices and lies authorized by custom, ignorance or self-interest. those that he has thought most fit to furnish material for ridicule, and at the same time to exercise the artist's imagination.

The major thematic categories of the series are bad education, amorous relationships between men and women, prostitution, faults of the upper classes, and witches and goblins.

Source: from the book, Reason and Folly, The Prints of Francisco Goya by Frank I. Heckes with a catalogue of works by Cathy Leahy, published by the National Gallery of Victoria, 1998,  frontispiece and p. 23.