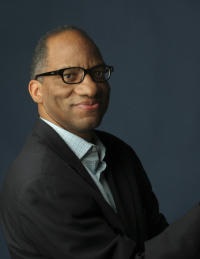 Wil Haygood Interviewed on "All Sides with Ann Fisher" and More

Also listen to a discussion on College Campus Diversity which aired on "All Sides with Ann Fisher" on November 17, 2015.  Included in the discussion was Kim Brazwell, Special Assistant to the President for Diversity Initiatives at Columbus State.

The Atlantic reviews this book in it's October 2015 issue, "Thurgood Marshall, Badass Lawyer" by Michael O'Donnell.

Annette Gordon-Reed reviews this book for the Washington Post on September 18, 2015, "How the South's Public Enemy No. 1 Climbed onto the Supreme Court."

Showdown: Thurgood Marshall and the Supreme Court Nomination That Changed America has been selected as the 2016 Ohioana Book Award winner for nonfiction. 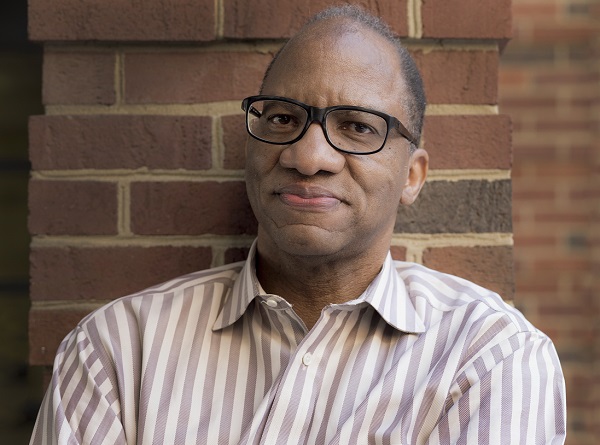 Award-winning author and journalist Wil Haygood spoke on the Columbus State Community College campus about his new book Showdown: Thurgood Marshall and the Supreme Court Nomination That Changed America.The book, from Alfred A. Knopf Publishers, was released on September 15, 2015. Haygood’s visit launches a year of activity at Columbus State dedicated to exploring race in America.

Thurgood Marshall brought down the separate-but-equal doctrine, integrated schools, and not only fought for human rights and human dignity but also made them impossible to deny in the courts and in the streets. In a new biography, Haygood surpasses the emotional impact of his inspiring bestseller “The Butler” to detail the life and career of one of the most transformative legal minds of the past 100 years. 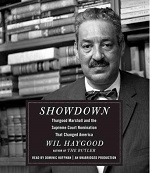 In the book, Haygood creates a provocative and moving look at Marshall’s life as well as the politicians, lawyers, activists, and others who shaped—or desperately tried to stop—the civil rights movement of the twentieth century.

The appearance by Wil Haygood was part of a series of civil rights-related events the college showcased this academic year called “Courageous Conversations,” which were facilitated group discussions about race-related issues. The college hosted a Thurgood Marshall Supreme Court case exhibit, “Thurgood Marshall and the Supreme Court: 32 Arguments that Changed America,” in the Columbus State Library, October 1, 2015 – February 29, 2016.