What's in this Guide

During his career as a lawyer, he was able to expand civil rights for individual Americans. To learn more about this great man click on the links below or on the tabs above:

Nomination to the Supreme Court 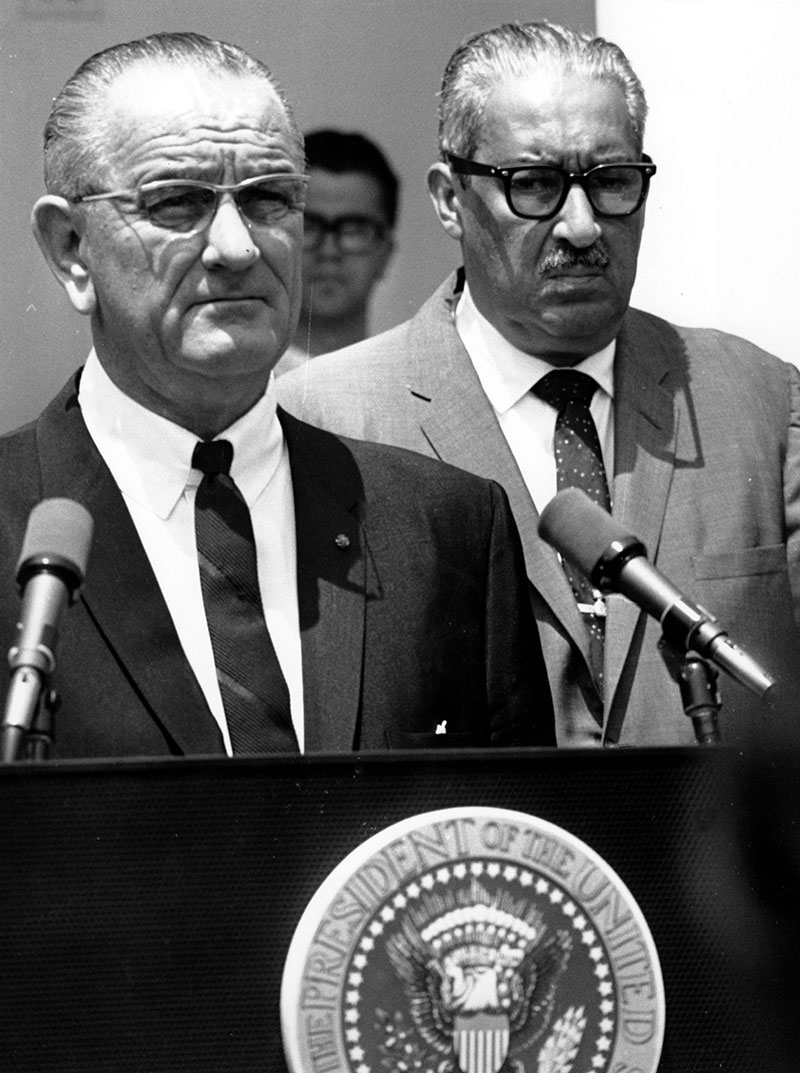 Thurgood Marshall used to talk about race, too. His colleagues listened.  Sandra Day O'Connor famously explained in an essay that his stories about the Jim Crow South changed how she and several of her colleagues approached the law.  "Justice Marshall imparted not only his legal acumen, but also his life experiences," O'Connor wrote, "constantly pushing and prodding us to respond not only to the persuasiveness of legal argument but also to the power of moral truth."