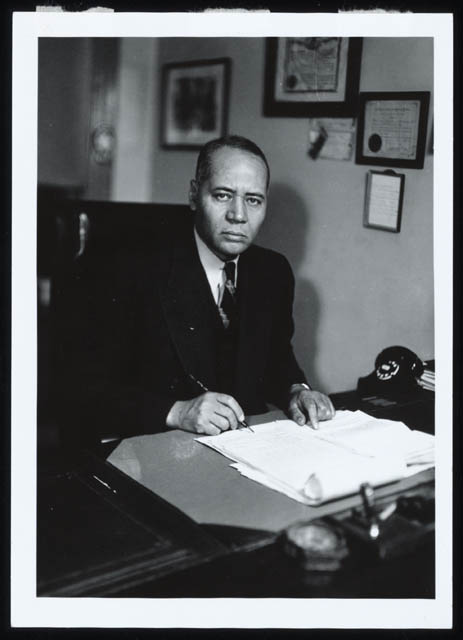 "Unless black lawyers are 'social engineers,' they are 'parasites'."

Charles Hamilton Houston, Dean of Howard University's Law School and mentor to Thurgood Marshall. "Marshall credited Houston with teaching him that the practice of law could and should serve as a tool for creating equality in society."

Beginning in the 1930s, Houston served as the first special counsel to the National Association for the Advancement of Colored People, and therefore was involved with the majority of civil rights cases from then until his death on April 22, 1950.

These legal term definitions can be found at Cornell University Law School's Legal Information Institute [LII]. This link takes you to their index of legal terms.

The word cloud above may not be visible in Opera or Chrome browsers.

Listen to audio recordings of the following four cases:

Jack Greenberg, who was part of Thurgood Marshall's legal team of seven lawyers involved in arguing "Brown v. Board of Education" and he took on many other civil rights cases, died in 2016.

Descriptions of Cases Argued by Thurgood Marshall in the Supreme Court

Below, find links to clear, concise descriptions of each case argued by Thurgood Marshall before the Supreme Court of the United States (1943 - 1961), written by Marilyn Howard, Associate Professor, Humanities.

The list is in chronological order by the date decided.

Legal Decisions of the Cases Argued in the Supreme Court 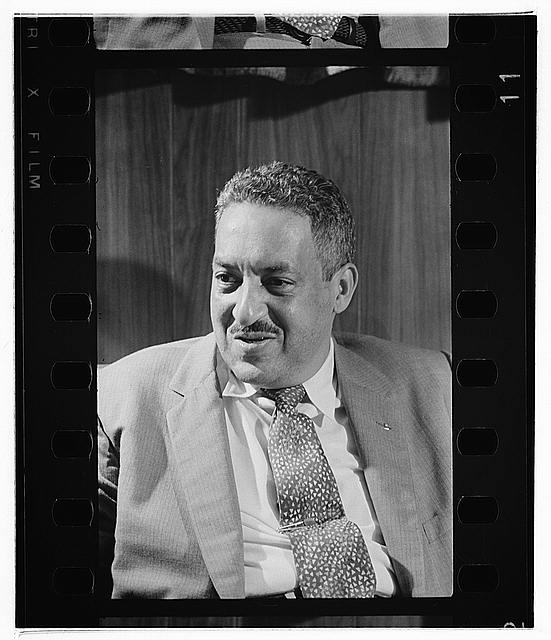 This photograph of Thurgood Marshall, Attorney for the NAACP, was photographed by Thomas J. O'Halloran and published Sept. 17, 1957. Available through the Library of Congress Prints and Photographs Div.

The list below are of cases between 1943-1961, brought before the Supreme Court of the United States by the NAACP or the Legal Defense and Education Fund, Inc., in which Thurgood Marshall argued the case.

These are arranged in chronological order by the dates the Supreme Court decided the case.