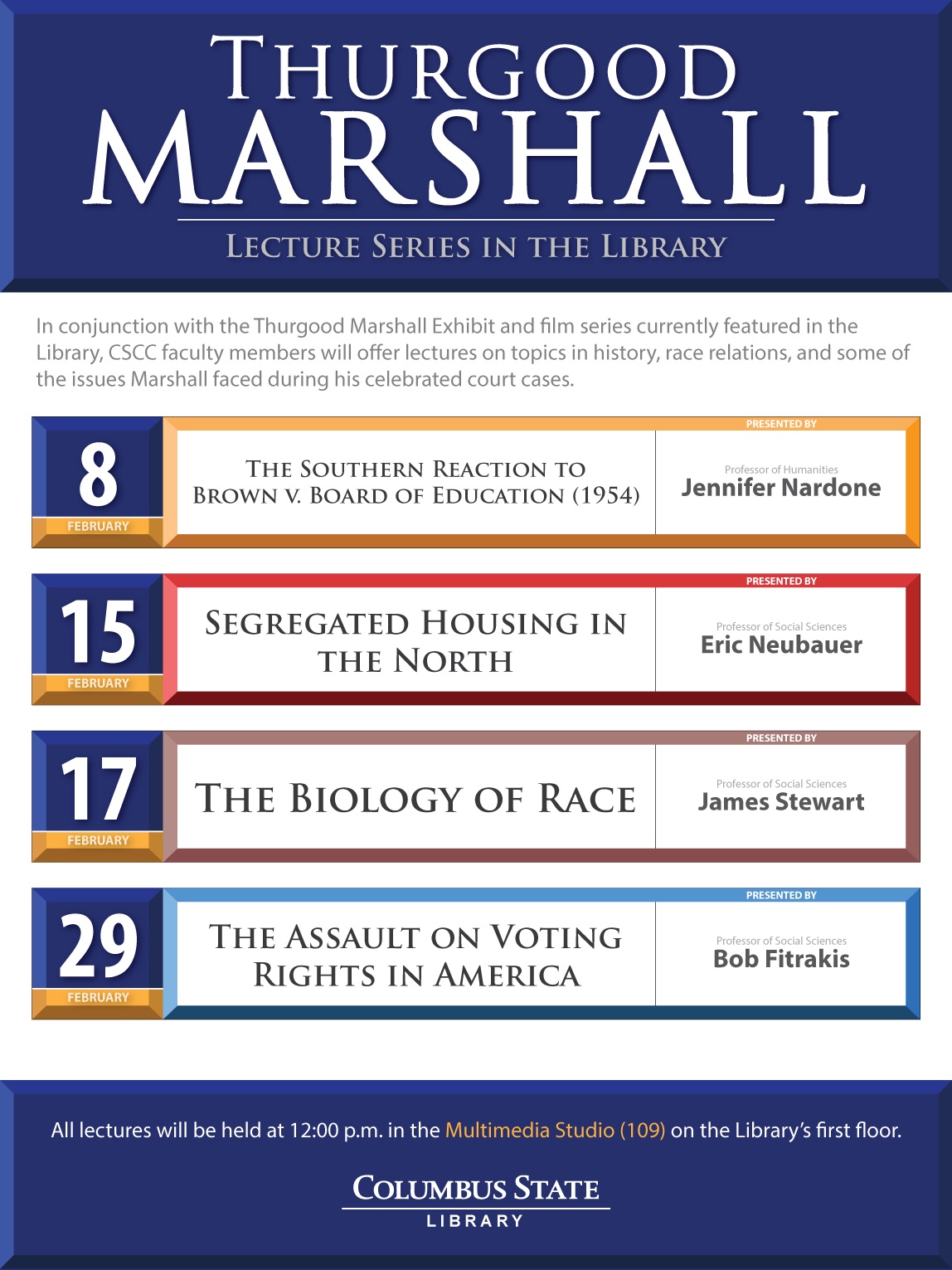 In conjunction with the Thurgood Marshall exhibit and film series currently featured in the Library, several faculty members will offer lectures on topics in history, race relations, and some of the issues Marshall faced during his celebrated court cases.

All lectures will be held at 12:00 p.m. in the Multimedia Room on the Library’s first floor.

If you think know anything about race, check out the "Race Literacy Quiz" developed by California Newsreel in association with the Association of American Colleges and Universities.  It is eye-opening!

Here are two other suggested resources to see:

"The Case for Reparations" by Ta-Nehisi Coates in The Atlantic, June 2014, pages 54+.
A Chris Rock video clip on YouTube about his New Jersey home. 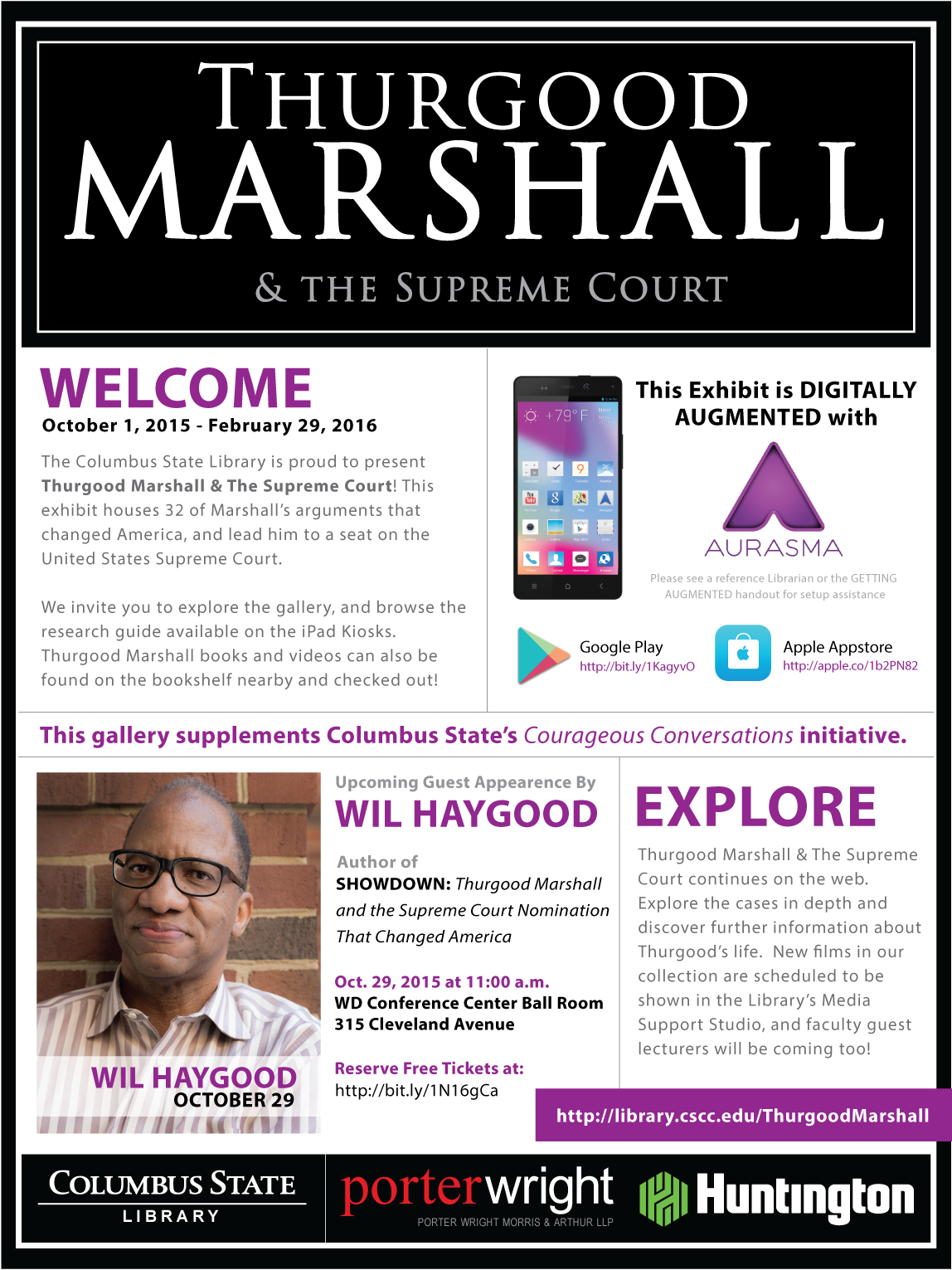 Thurgood Marshall Films to be Shown in the Library's Media Studio

An 18 week series of films on Thurgood Marshall were shown at Columbus State Community College beginning October 1, 2015 through January 26, 2016 in the Library's Media Studio on the 1st floor. See the schedule of films below.

And the Gold Team Award went to the Thurgood Marshall and the Supreme Court Exhibit, Film and Lecture Series team. This team project began with an opportunity to engage the community with the civil rights issues detailed in Wil Haygood’s book “Showdown: Thurgood Marshall and the Supreme Court Nomination that Changed a Nation,” released last October. As the college made plans for Wil’s speaking engagements on campus, the team came together to develop a poster exhibit that supported the event, and invited the campus and community to learn more about civil rights and racial equality in our nation.

Using emerging technology, team members created the exhibit and online guide that was enjoyed and appreciated by the community, ranging from 5th graders to local business leaders. With the help of many collaborators, the team went beyond the exhibit to create a wide range of programs including a film series, an art exhibit, a lecture series, and a companion display and programming in the Bookstore. This innovative and extraordinary program of exhibits and events provided the campus and community with the opportunity to learn more deeply about events and individuals that have had an impact on the way we live today.

Support for This Exhibition

This exhibition was funded through the generous support of Huntington Bank and Porter Wright Morris & Arthur LLP.