The Power of Words: Introduction

It began in 1979 in Toronto, Canada, when a group of Argentinean political exiles and Canadian sympathizers organized a letter writing campaign in support of the pleas of the Grandmothers of May Square. They were part of a larger movement called the Group for the Defense of Civil Rights in Argentina, and worked together with Development & Peace (Canada) and Catholic Women's League of Canada. Organizers reported that more than 170,000 letters and cards passed through the Argentinean Central Post Office to these Grandmothers. This did not go unnoticed by the military dictatorship of the time.

This exposition tracks back part of the international solidarity with the mission of the Grandmothers during the late 1970s. The different sections are a travel in time, showing visitors what the world was like in 1979, the letter campaign and its protagonists, a sample of 300 letters and cards, the responses that Argentineans wrote during a 2017 presentation of the exposition in Argentina, and a mapping of the Grandmothers' search history since their formation. This exhibition was hosted in Argentina and Canada last year in Spanish and English, and they are working to add French to widen the international reach of this work.

The Power of Words illustrates how words written in a letter in support of a worthy cause, when added to many thousand letters from as many individuals, can help to advance change, to find justice over time and, in this case, establish the right to one’s true identity.

Grandmothers of May Square 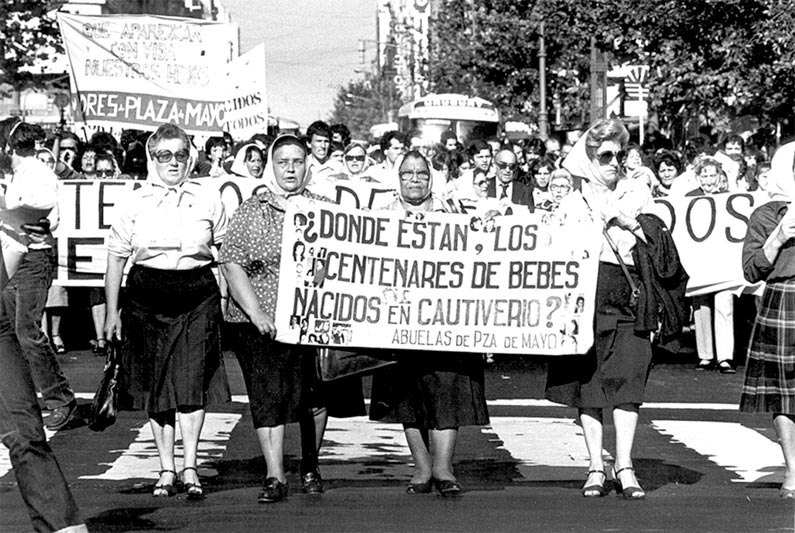 The Grandmothers of May Square are those whose pregnant daughters and infant grandchildren were stolen away in the turmoil of the 1976-1983 civil-military dictatorship of Argentina. The fight to recover their approximately 500 kidnapped grandchildren and discover the fate of the thousands of disappeared adults continues today.