What's in This Guide

In honor of National Poetry Month, the Library hosted Columbus-based poet Sara Abou Rashed.  Sara presented her work in the Multimedia Studio in Columbus Hall on Thursday, April 11, at 4:00 p.m.

Rashed escaped war-torn Syria with her family in 2013 before settling in Ohio.  She has won the Columbus District Poetry Slam (2015), the Ohio Poetry Association High School Contest (2015), and the Denison Book Award (2016).  Rashed has also given a Tedx Talk and been nominated for a Pushcart Prize.  In 2018, she debuted A Map of Myself, a one-woman theatrical production about her immigration experience.  Now studying International Relations and Creative Writing at Denison University, Rashed continues to write about immigration, war, and the meaning of home.

To learn more about Rashed, visit her website at sarathepoet.com.

Poem of the Day 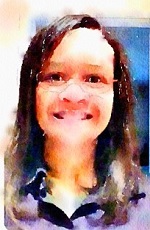 HaikuJAM is a new free app that lets you create poetry with strangers.