Find resources to help you get started on your research for U.S. Literature II.

A primary source is a first person account by someone who experienced or witnessed an event. This original document has not been previously published or interpreted by anyone else.

Search the CSCC catalog to find primary sources using one of the keywords below:

Book of Martyrdom and Artifice:
First Journals and Poems 1937-1952

A secondary source is one step removed from the primary original source. The author is reexamining, interpreting and forming conclusions based on the information that is conveyed in the primary source.

Search the CSCC catalog to find secondary sources using one of the keywords below: 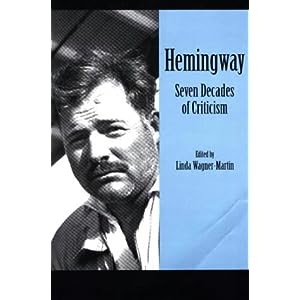 Primary vs. Secondary?
The distinction between types of sources can get tricky, because a secondary source may also be a primary source. Garry Wills' book about Lincoln's Gettysburg Address, for example, can looked at as both a secondary and a primary source. The distinction may depend on how you are using the source and the nature of your research. If you are researching Abraham Lincoln, the book would be a secondary source because Wills is offering his opinions about Lincoln and the Gettysburg Address. If your assignment is to critique Garry Wills' thesis or write a book review of Lincoln at Gettysburg, the book becomes a primary source, because you are commenting, evaluating, and discussing Garry Wills' ideas.

You can't always determine if something is primary or secondary just because of the source it is found in. Articles in newspapers and magazines are usually considered secondary sources. However, if a story in a newspaper about the Iraq war is an eyewitness account, that would be a primary source. If the reporter, however, includes additional materials he or she has gathered through interviews or other investigations, the article would be a secondary source. An interview in the Rolling Stone with Chris Robinson of the Black Crowes would be a primary source, but a review of the latest Black Crowes album would be a secondary source. In contrast, scholarly journals include research articles with primary materials, but they also have review articles that are not.

For your thinking and not just to confuse you even further, some experts include tertiary sources in addition to primary and secondary. These are sources that provide a short overview or brief summary of a topic, often digesting other sources or repackaging ideas related to a specific topic. Chief examples are wikipedia entries, articles in encyclopedias, and chapters in textbooks. This is the reason that you may be advised not to include an encyclopedia article in a final bibliography.