Although Hawkins had only a third grade education, he was a bright student of life from his early days on a farm in Northern Kentucky until his last vital painting years in Columbus, Ohio. Hawkins began drawing pictures of horses as a boy while looking at photographs and engravings of horses that his grandfather owned. Hawkins worked hard and resourcefully at many trades including trapping, farming, horse-breaking, truck driving, horse painting, "flophouse" managing, and metal scrap dealing.

His dynamic, artistic style was forged from his optimistic, hard-charging, "survivor" mindset. His earliest known paintings from circa 1978 until 1983 have reductive, powerful decorative patterning, dynamic utilization of pictorial space, and iconic commanding forms which yield a purity of expression that is extraordinary. Hawkins' paintings from the middle to late 1980s have rich, visceral brushwork and more compositional complexity than his earlier works. Some paintings, such as Speckled Buildings, 1986, are outstanding, in their harmonious color arrangements, surface animation, and pictorial unity.

In several of the artist's middle and late period paintings, he began to incorporate collage and/or assemblage in his paintings. He occasionally utilized cornmeal to build up forms, in a sculptural manner, from the surface upon which he was painting. The artist's creative fusion of mass media advertisements, etc. with his uniquely rich paint handling and sculptural forms yields provocative and inventive aesthetic statements.

The artist also created a small but vital group of drawings throughout the last twelve years of his life. These works are distinguished by his clarity of vision, creative pictorial designs, and wry sense of humor. The highly personal lens of William Hawkins' vital soul is alive in all of his art.

William Hawkins grew up on a farm and came to Columbus in 1916. He began painting in the 1930s to supplement his income.

William specialized in portraits of prominent buildings. He used bold, colorful, mixed-media construction to create powerful evocations of urban scenes, historical events and animal scenes. He often painted from postcards and magazine photographs. He modified, simplified and subtracted his images, strengthening patterns and rhythms for the most arresting and often surprising results. In later years he often used magazine photos as collage pieces with his paints to create astonishing, complex visions. 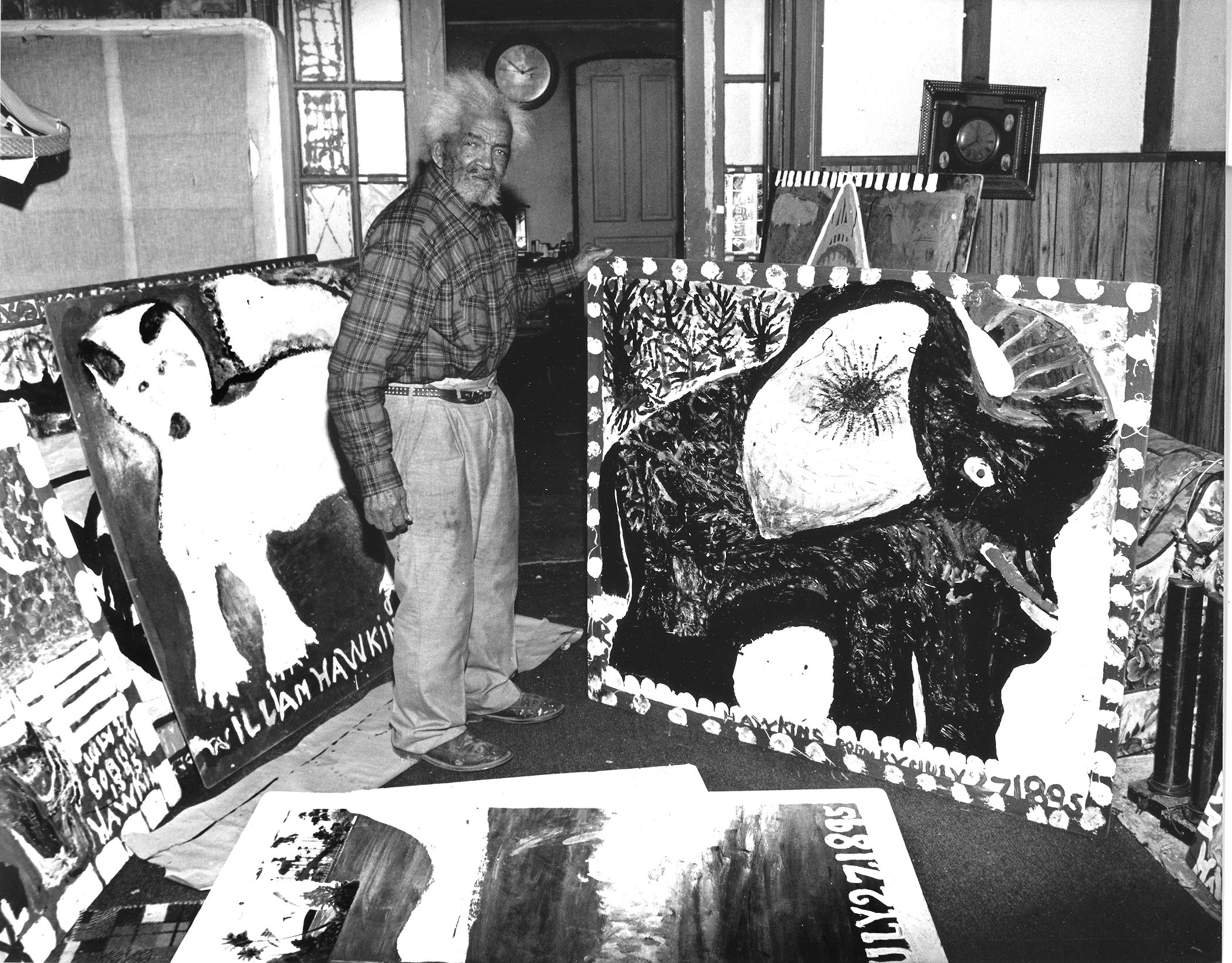 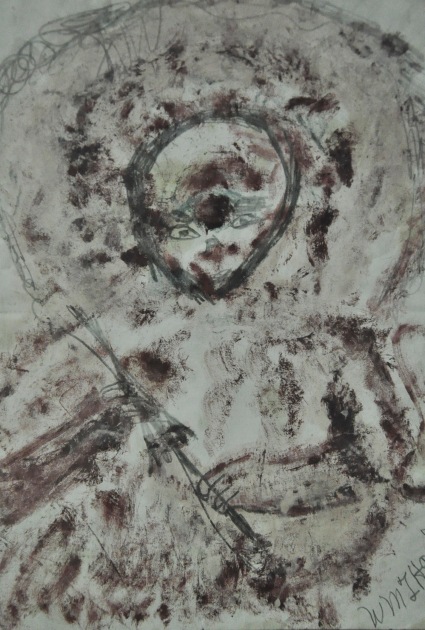 For further information about William Hawkins: