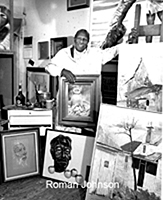 "Roman Johnson (1917-2005): He was known for social-justice paintings, portraits (including one of his beloved wife, Iona) and a rascally personally. Except for 10 years in New York, he was a lifelong Columbus resident."

Roman Johnson was involved in the field of Fine Arts for more than 35 years. Roman studied with Cletus Butler, Emerson Burkhart, and Edwin Dickerson. Mr. Johnson spent a year painting in Paris and five years at the New York Art League. While in New York he served as Art Instructor for the American Red Cross and Veteran's Administration teaching and sketching convalescent service men.

In 1978 Mr. Johnson painted the portrait of Isabelle Ridgeway.  This painting can be seen in the photograph in the right column on this page. 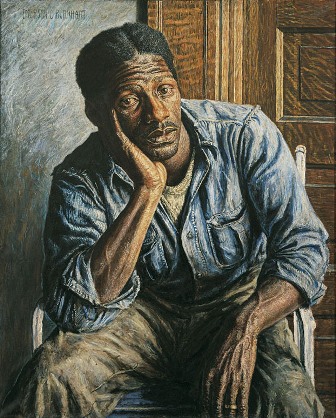 Emerson Burkhart painted this portrait of Roman Johnson.  The portrait is called "The Confused Process of Becoming" and it can be found in the collection of the Columbus Museum of Art.  It was painted in 1946. 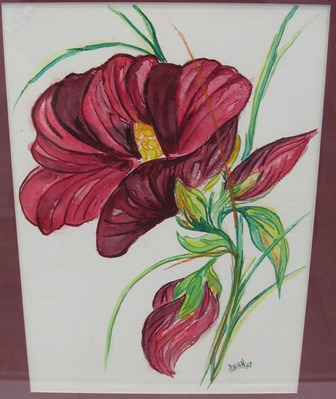 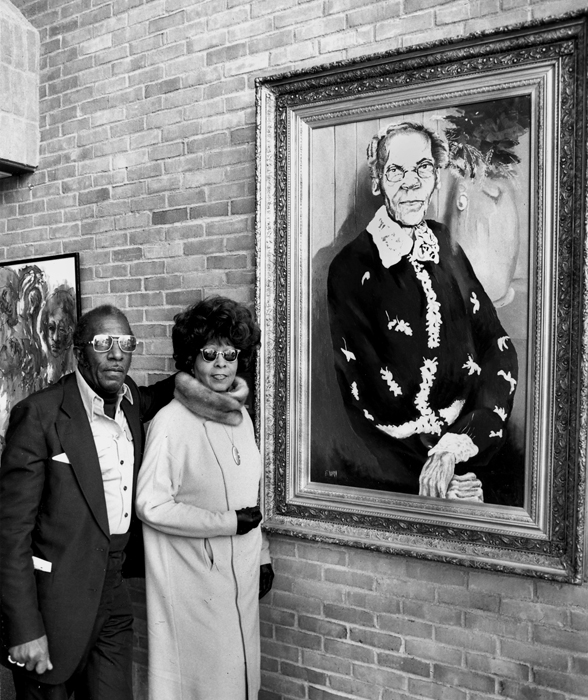 Feran, Tim. "Painter was also Mentor to Many." The Columbus Dispatch, The (OH) 26 Oct. 2005, 01F Accessed through the NewsBank database.