This guide provides information about public works of art on Columbus State's campus. 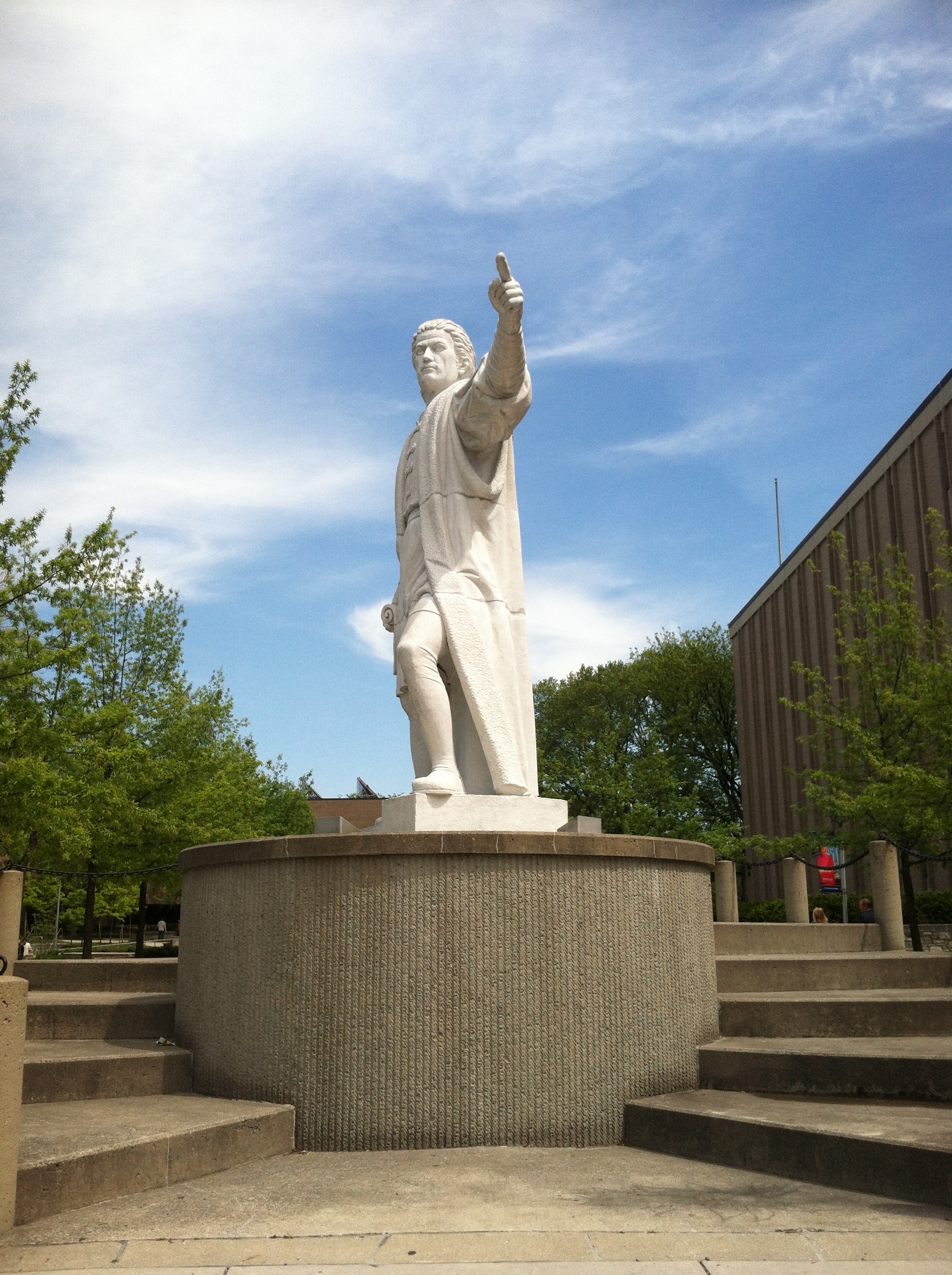 (please note, clicking on the above links will take you to subject searches in the OhioLINK catalog)

Sculpted out of marble by the italian artist, Alfred Solani, in 1959, Christopher Columbus is one of three sculptures in Columbus, Ohio that memorialize the man. Located in the center of the Columbus State Community College campus, the sculpture stands 40-feet tall and weighs 20 tons. The artwork was originally commissioned by Anthony De Tomasi and installed in a park in Barrington, Illinois. After years of neglect, the statue was brought to Columbus, Ohio in 1986, and restored by the sculptor Alfred Tibor. According to the Columbus Dispatch, "the restored statue was moved on May 12, 1988, as a gift of the city, to Columbus State Community College, where it remains today."

The Christopher Columbus statue is a standing figure with left arm outstretched and index finger pointing west. The right arm hangs down at his side with a scroll in hand. The left leg is bent and the foot rests on a block.

Alfred Solani, Italian artist who was the original sculptor.

Alfred Tibor, a Columbus-based sculptor, was commissioned to repair the statue in 1987.