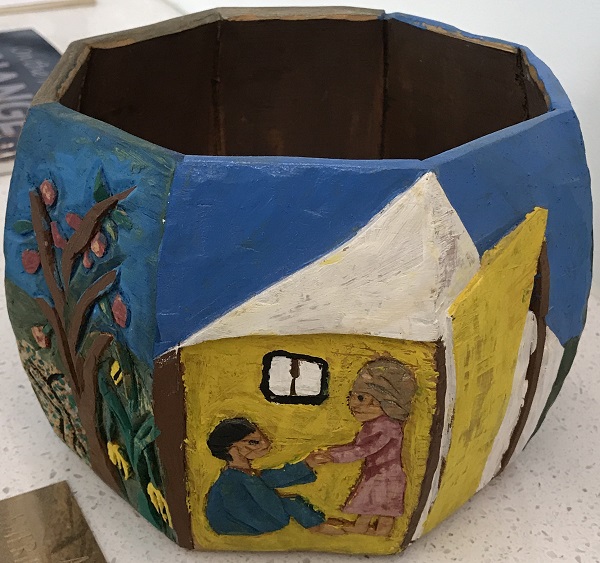 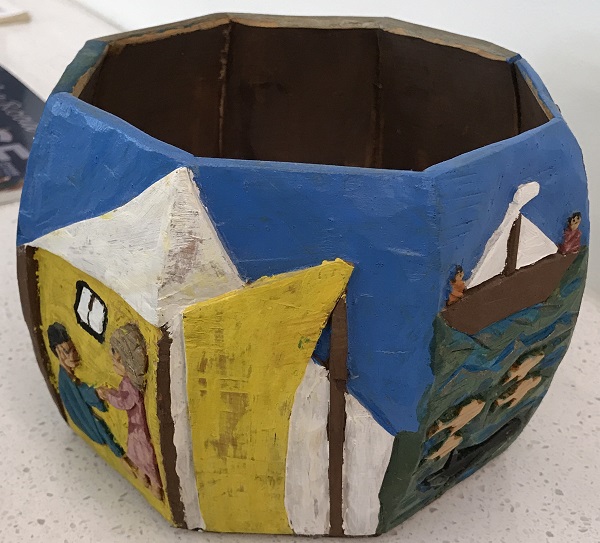 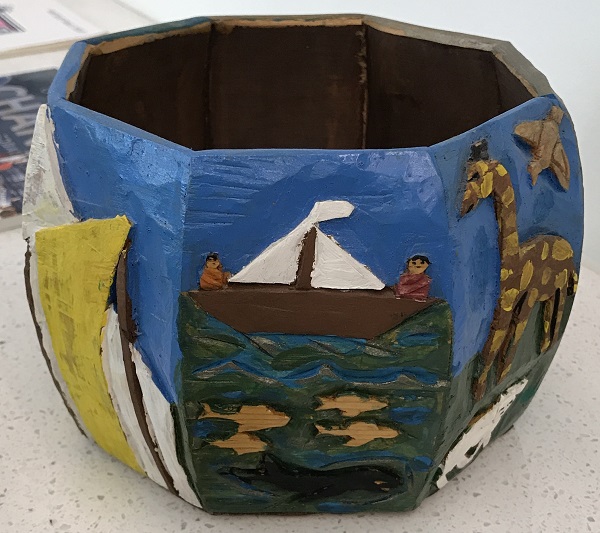 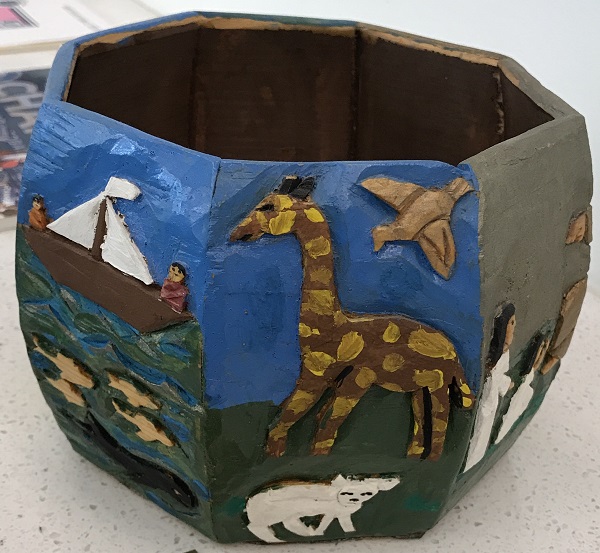 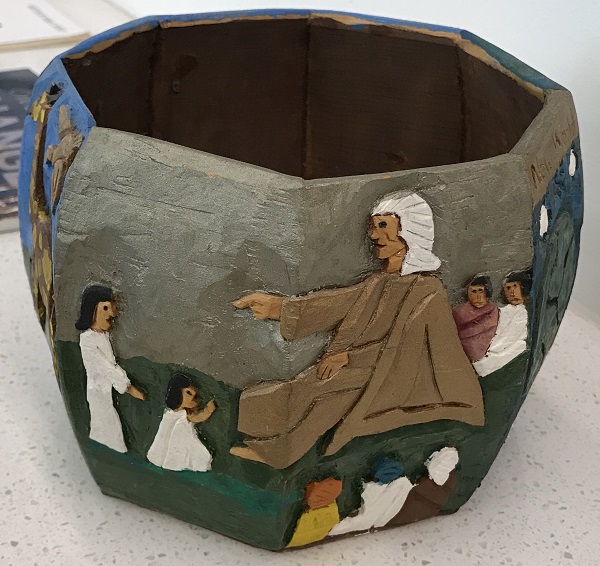 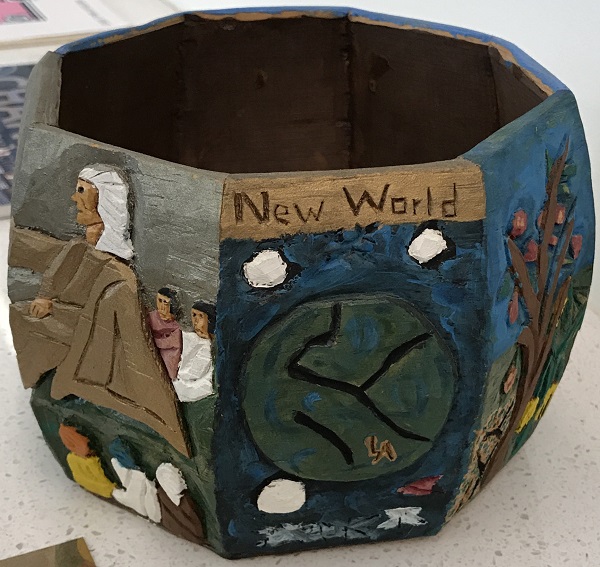 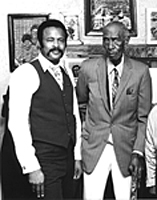 Leroy Almon, Sr. resided in Tallapoosa, GA, as a radio dispatcher for the Tallapoosa Police Department.

An apprentice to the late Elijah Pierce in 1980, Leroy attended Ohio Central High in Cincinnati and Kentucky State College for two years.

Almon's folk art is sometimes called primitive, because he works only with a knife and chisel. His first pieces were biblical. With practice he learned to carve well-known personalities, who are immediately recognizable. His subject matter are his thoughts, experiences, and things he has seen.

A bronze medal for his "outstanding contribution to art" was given to him. Mr. Almon has exhibited in Kansas City, MO, Winston-Salem, NC, and Atlanta, GA.

Leroy Almon Sr.'s Untitled Carved and Painted Brd, Other Side