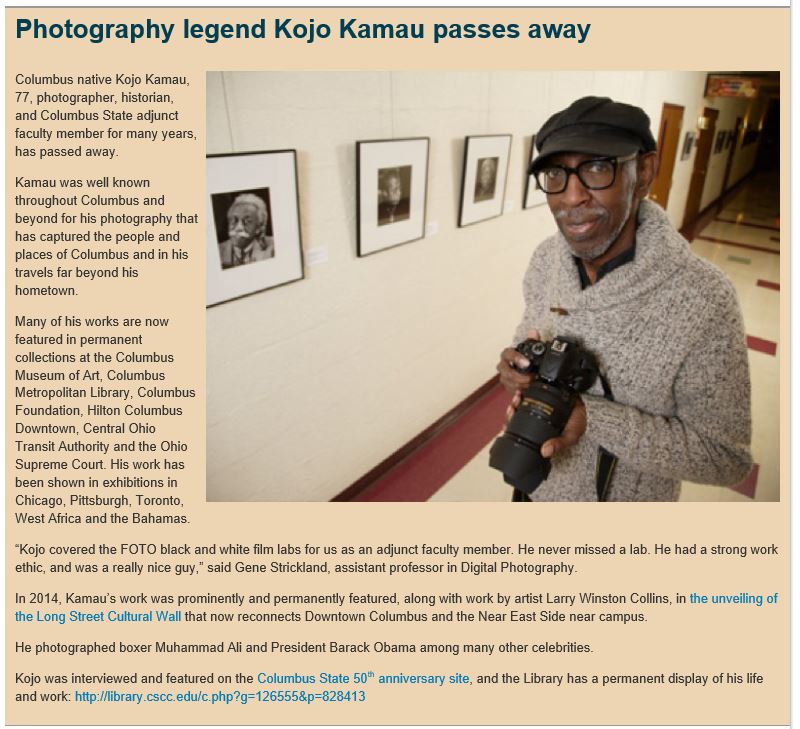 A Blog about Kojo Kamau

Ann Starr published this review in her blog "Starr Review" on February 19, 2012 and Jennifer Poleons blogs about Kojo Kamau at Columbus Museum of Arts website on August 15, 2012.

Columbus artist Kojo Kamau, who teaches as an adjunct faculty member in Digital Photography, will receive the $10,000 fellowship named in memory of former Greater Columbus Arts Council President Raymond J. Hanley. The award was announced this week by the GCAC and the Columbus Arts Endowment.

An anonymous panel of judges and the trustees of the Columbus Arts Endowment chose Kamau as the fourth recipient of the Raymond J. Hanley Fellowship, an award for an “individual artist who has demonstrated an unusual level of achievement while working for at least five years in the visual arts, performing arts, literary arts or any other arts discipline.”

Fellowship money is awarded to the recipient without restriction, so the artist can use it to further his or her career as needed. The fellowship is administered by GCAC and supported through the Hanley Arts Fund of the Columbus Arts Endowment, created upon Hanley’s death in 2006.

Kamau, an acclaimed photographer and Columbus native has exhibited his photographs throughout the Midwest and has collected numerous awards. To celebrate Kamau’s 70th birthday in 2009, the Columbus Museum of Art presented Kojo: Fifty Years in Photography, a retrospective that included more than sixty photographs, both color and black and white, reflecting his five decades working in the medium. Kamau studied at the Columbus College of Art and Design, The Ohio State University and the Rochester Institute of Technology. He is a retired chief medical photographer at The Ohio State University and now teaches photography at Columbus State. 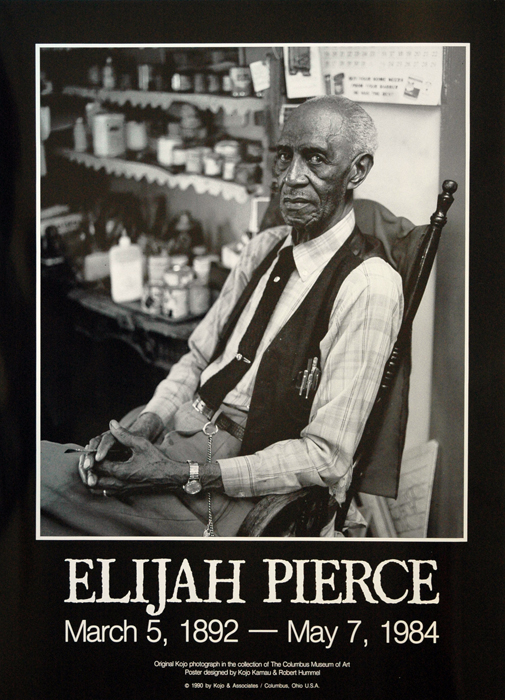 Kojo Kamau has photographed many well-known people and has donated four additional photographic portraits, each signed and dated on the mat: 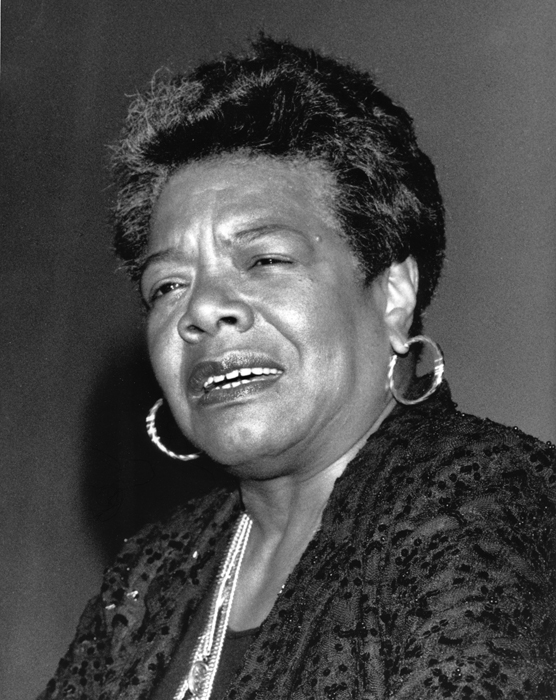 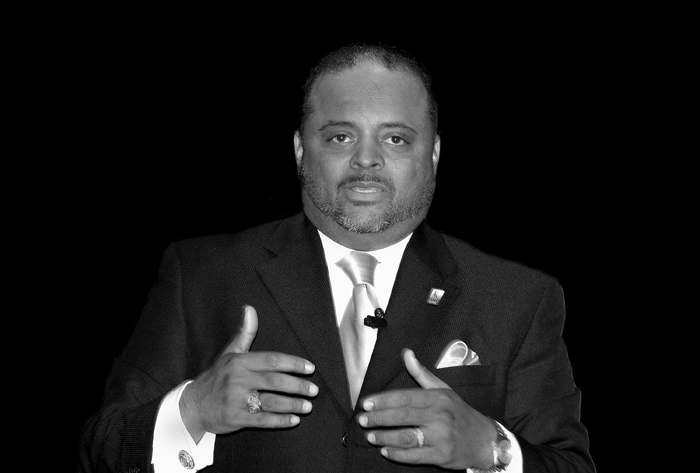 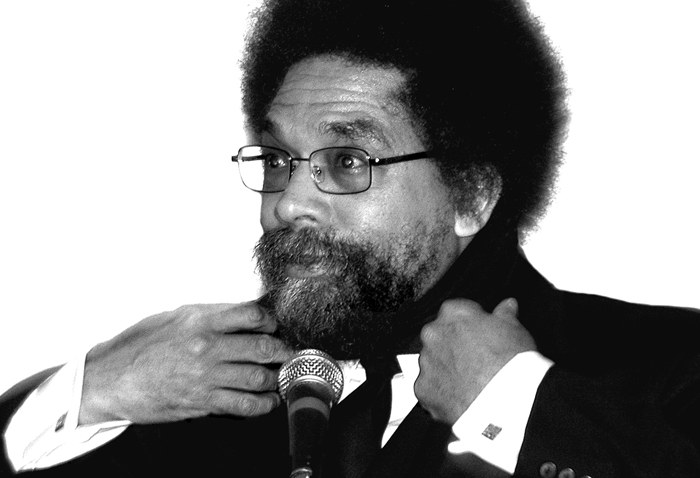 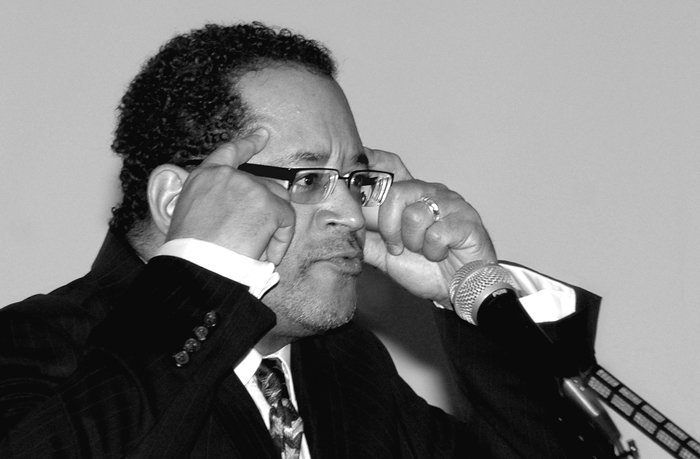