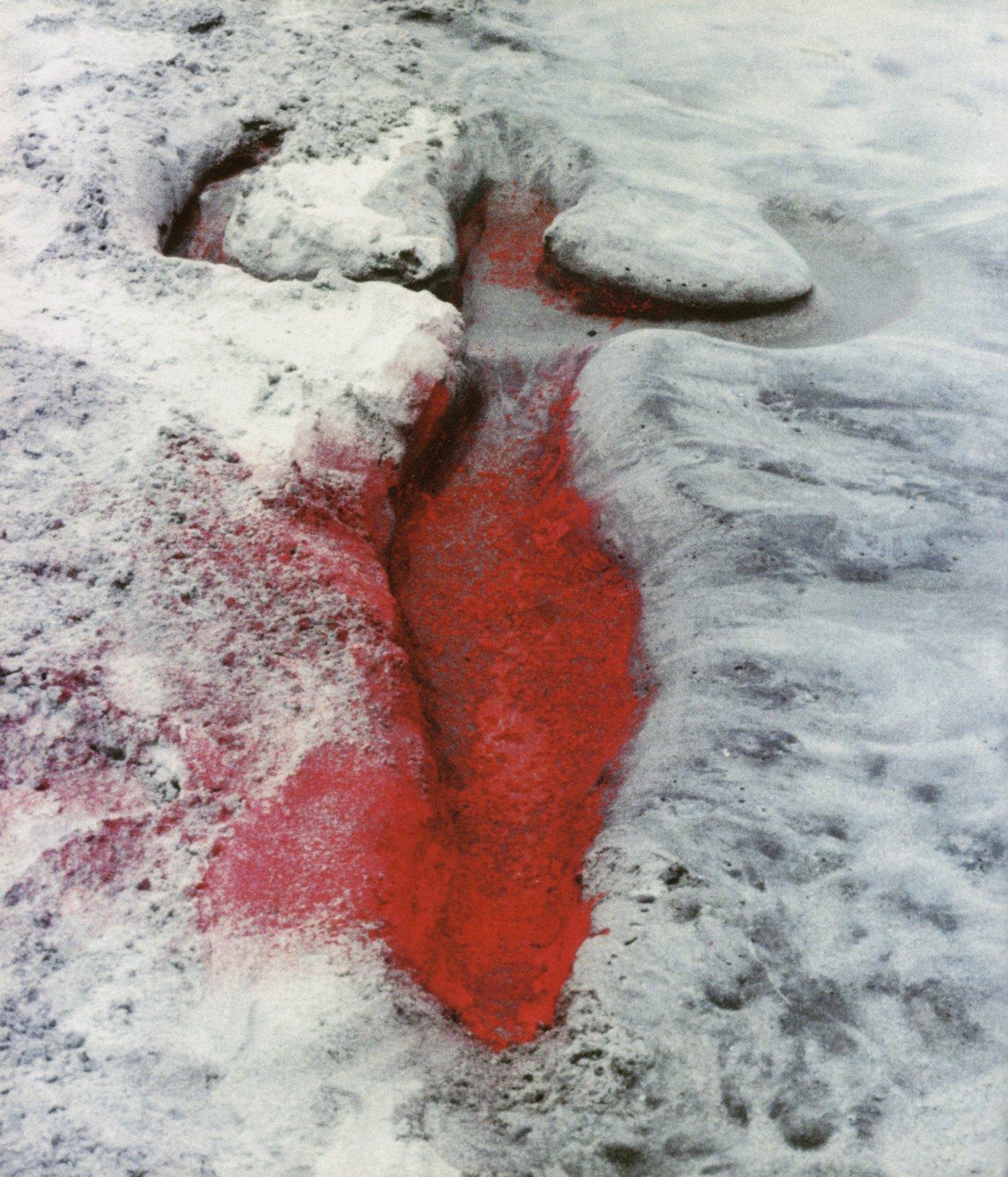 [A Silueta by Ana Mendieta, 1976.  This earthwork was constructed on a beach, and Mendieta documented the slow dissolution of the piece as the tide rose.]

Ana Mendieta was a Cuban émigré who worked in a wide variety of media: earthworks, film, photo-etchings, and even performance art.  Mendieta explored both personal themes (such as her relationship with her own body, or her relationship with natural forces) and political themes, mostly through a feminist lens.  Mendieta died violently during an argument with her husband on September 8, 1985.